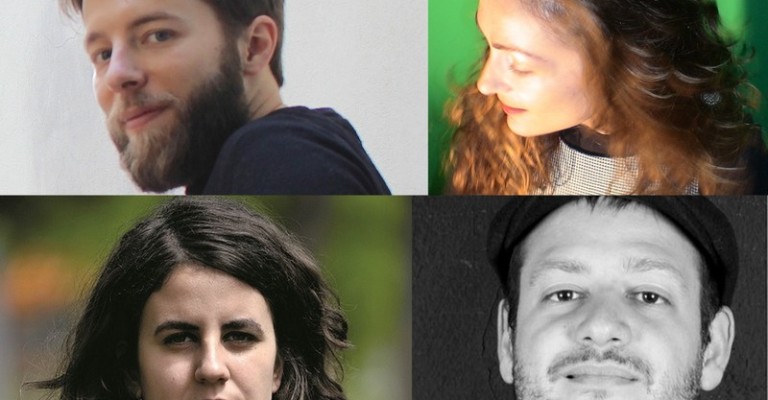 We already have the plays of this edition of the Festival of dramaturgy on the crisis PIIGS 2015.

Here we introduce the authors:

Emanuele Aldrovandi was born in Reggio Emilia in 1985. After graduating in Phylosophy and in Literature, he studied playwriting at the Civica Scuola di Teatro Paolo Grassi di Milano.

He won some of the most importants playwriting awards in Italy: the Riccione Prize “Pier Vittorio Tondelli” 2013 with Homicide House, the National Prize “Luigi Pirandello” 2012 with Felicità, the Fersen Prize with Il generale and the Hystrio Prize with Funziona meglio l’odio.

In Italy he works with The MaMiMò Theatre Company, as dramaturg and playwriting teacher. He wrote several plays and adaptations. Some of his plays are published by CUE Press. www.emanuelealdrovandi.com

Tanja Šljivar was born in Banjaluka, Bosnia and Herzegovina in 1988. She holds both BA and MA degree in dramaturgy at Faculty of drama arts in Belgrade, Serbia. She wrote plays Pošto je pašteta? (How much is Pate?), Grebanje ili Kako se ubila moja baka (Scratching or How my grandmother killed herslef) and Mi smo oni na koje su nas roditelju upozoravali (We are the ones our parents warned us of), which were publicly read and produced in professional theaters in Bosnia, Croatia and Serbia. She also writes short stories, radio plays, screenplays for short films and theater-theory texts. She won several awards for her playwriting in Bosnia and Serbia, and her plays have been translated in English, German, Macedonian, Polish, Hungarian and French. She is currently attending MA course in applied theater science in Giessen, Germany.

Play: : Aber die Stadt hat uns geschutzt (But the city has protected us)

Maria Tranou studied Writing for the Stage and Broadcast Media at the Royal Central School of Speech and Drama, University of London. Her plays include Cows, (Theatro tou Neou Kosmou, Athens, 2007), Rebirth (Heraclion City Walls, Crete, 2009), New Dad (Battersea Arts Centre, London, 2010), Mammal, love, (staged reading by the Factory Theatre, 2010) and scripts for Dimitris Fotiou’s online works Dystypia and This is Your Home Now and Roof (Festival of dramaturgy on the crisis PIIGS 2014). In 2006 she was awarded the Greek Ministry of Culture 1st prize for writing Where Liromions Grow, a play for children. Published work includes two poetry books (Mandragoras Publishing House, 2008 & 2013).

Play: No Fear He is Leaving Us

His debut was with the monologue Pasaporte at the XIV Marathon of monologues in Madrid, organized by the Theatre Authors Association-AAT in 2012. In 2013 were premiered the collective play of Teatro Ebrio, La ronda del miedo, and Sonata de los desconocidos at the I Festival Llavoreta Viva. In 2014 were premiered the plays El origen de las especies 2.0, Pasaporte and Después de Europa. He has published short texts in diferent magazines, such as Ecléctica, Pliegos and Teatro Mínimo and three plays, Acequia (Editorial Acotaciones a la Caja Negra, 2010), Su turno. Comedia sacra inspirada en la vida de Carlos de Foucauld (Editorial CoCo, 2012) and Fedra (Fundamentos, 2014).