We act for culture and formation to become change agents 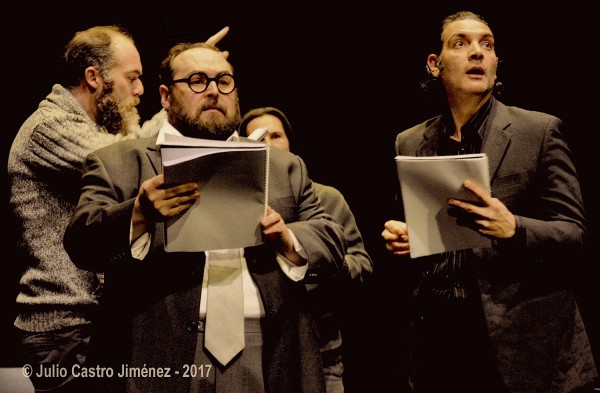 To the hole by Antonio Morcillo. Stage Reading

Let’s imagine that the fascists have won, that they have conquered the Peninsula, as the friend says. That despite having almost no army and that the republican government was a perfectly legitimate government within the European political community and I doubt very much that Britain and France would have left us to put things ugly. But hey. Let’s imagine. The question is, if they have won and so much time has passed: what is wrong with digging up and giving us Christian burial? Weren’t they hardened Catholics? And Christian compassion? Would it not be logical that, if our relatives asked them politely and by the proper procedure, they would have no hesitation in letting our relatives, after so many years, take care of their dead as God commands? Total, haven’t they won? What do they lose? Surely the Holy Mother Church would agree, wouldn’t it? What’s more, I would demand it! They would take to the streets to demand it! Would the Vatican State not agree with this? Of course yes, of course it would be! What do you think? Luis, lawyer and socialist mayor. (To the hole)

Synopsis:
Since the summer of 1936, a group of Republicans buried in a grave somewhere in Spain have been wondering what finally happened in the Civil War, who won the fight. They don’t know why no one comes to rescue them: to rescue their corpses, of course. To give them holy burial. Until one day they hear noises outside the pit and think that, finally, someone is coming to get them out of there. Meanwhile, they have been joined by Laura, a girl raped and killed by her boyfriend, who has buried her a few meters from where they are. She updates them a little about the history of Spain. Meanwhile, the noises continue, more and more intense and close… thus increasing their hope of leaving the ditch in which they have been lying for more than seventy years.