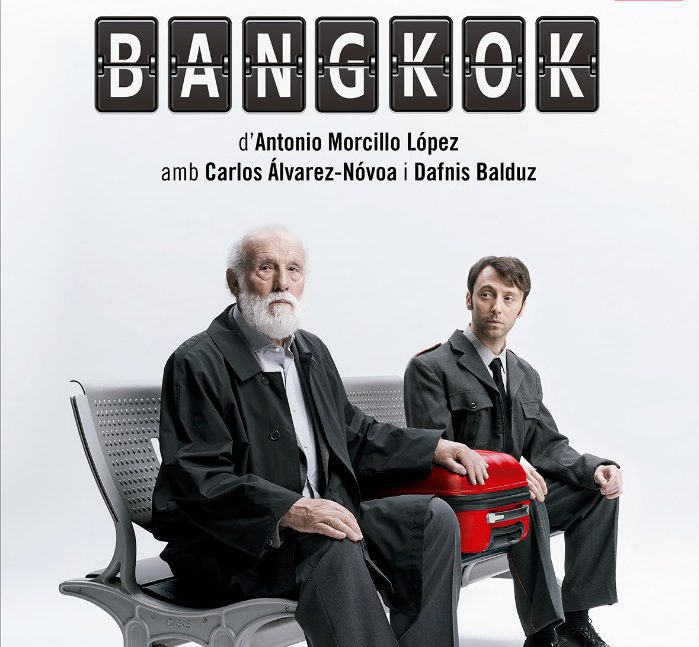 In an empty airport in Spain, a mysterious old man appears with a ticket to fly to Bangkok. There he meets the only person who still works in the facilities; a young security guard. He informs the old man of the impossibility of making the trip he had planned: There are no planes at that airport. There have neve been. It is an airfield that, despite having been inaugurated, has never been operational. Faced with the disbelief and insistence of the traveler, the guard allows him to stay. From that moment on, a dialogue begins between the two in which not only their lives, their jobs and the political situation will be questioned, but also, little by little, the true nature of their encounter will be revealed.

Antonio Morcillo Lopez explores the relationship between a security guard of an abandoned airport somewhere in Spain and an elderly passenger who arrives at the airport with a ticket and luggage and the intention to fly to Bangkok. An extended dialogue ensues between the two covering a wide range of themes. With the use of ample black humour, sarcasm and irony, Morcillo presents a fierce critique of the political and economic situation in Spain and a system which has created grotesque situations.